Introduce young kids to LEGO® Star Wars™ sets with 3 quick-build models and characters from Star Wars: The Empire Strikes Back! 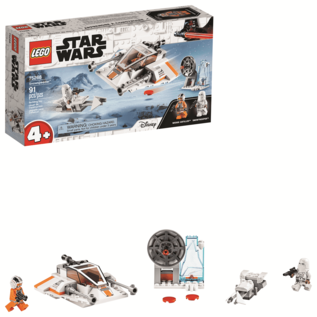 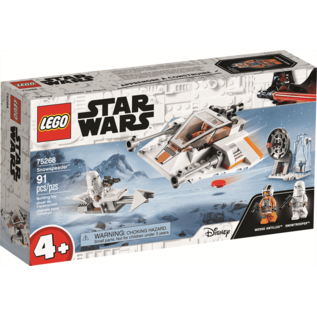 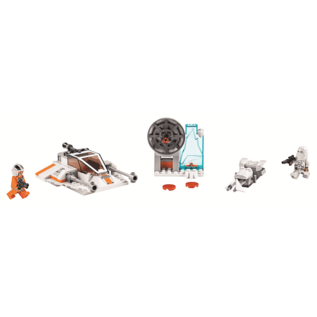 $20.00 Excl. tax
Brand:
LEGO
Calling all Rebel heroes! Help Wedge Antilles defend Echo Base from evil Empire attacks! Find the Snowtrooper’s speeder bike with the defense station’s radar. Fire the laser disc shooter at the invader. Then jump in Wedge’s super-cool Snowspeeder and chase that bad guy! Can you win the Battle of Hoth?
• With a simple-to-build Snowspeeder, speeder bike and Echo Base defense station, this children’s building toy (75268) is a fun and safe way to introduce little Rebels aged 4 and up to LEGO® Star Wars™ action.
• The Snowspeeder has a Starter Brick chassis to help children learn to build, and they can create their own role-play stories with 2 minifigures – Star Wars™ Rebel pilot hero Wedge Antilles and a Snowtrooper with weapons.
• To inspire extra play possibilities, the defense station has a ‘laser’ disc shooter for Wedge Antilles, and kids can use the building bricks to build creatively with other LEGO® Star Wars™ sets.
• With 3 construction models that are easy to rebuild after battles, this 91-piece LEGO® Star Wars™ starter set makes a top birthday present, Christmas gift or special surprise for preschoolers and kids aged 4 and up.
• The Snowspeeder starship building toy measures over 1” (5cm) high, 4” (11cm) long and 3” (9cm) wide, so it easily fits into a bag with the other Star Wars™ builds and minifigures to keep kids entertained on the go.
• No batteries required! This preschool-learning buildable toy is powered by children’s imaginations, so they can develop their creative skills while making up unlimited adventures and having lots of fun.
• Give preschool kids an awesome, digitally interactive building activity with Instructions PLUS, featuring intuitive modes like zoom and rotate to help them build this LEGO® Star Wars™ starship construction toy playset.
• LEGO® Star Wars™ 4+ buildable toys introduce younger children to the Star Wars saga, heroes and villains, and help them to understand the purpose of building steps while boosting their confidence.
• Ever since 1958, LEGO® bricks have met the highest industry standards, thus ensuring that they connect perfectly and pull apart easily every time – no need to use the Force!
• LEGO® bricks and pieces are tested in almost every way you can imagine, ensuring that this Star Wars: The Empire Strikes Back building toy for kids meets the highest safety standards in the galaxy! 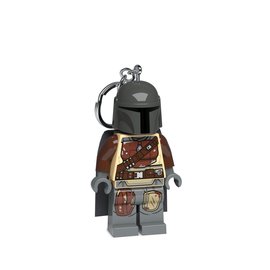